skip to main | skip to sidebar

All Is Well That Ends Well: A Disgusting Christmas Story

My family had a very interesting Christmas this year. Looking back I realize that it all turned out fine, although I had some fears for awhile.

Our holiday started off when Kris came home from work on Chirstmas Eve and Joss, Kris and I all went to church. We met Kris’s parents at St. Augusta’s Episcopal about 10 minutes before the service started. We normally attend services at St. Andrew’s, however their services started too early for Kris to attend. Never having been to this other church myself it took a few extra minutes for us to find the building. We were thrown off by the map we printed off the internet. For some reason we couldn't just follow the line on the map. We then had to resort to reading the actual directions. As we walk in Joss decided that she needed to throw her cup at me. The lid came off and milk slopped right onto my pants. So, there I am standing in the middle of a strange church, quickly filling with strange people I don’t know, with a wet crotch. I quickly sit down to hide my embarrassment while Kris got me some damp paper towels from the restroom. When she comes back she comforts me with kind words...“Wow! That will smell good later”.

So, my pants are drying, the priest is doing his thing when Joss starts getting upset. She is bored and her pouting is starting to intensify into a temper tantrum. I volunteer to take her out and we go to the church's playroom. In this room Joss is in heaven. There are a ton of different toys and she starts playing her little heart out. But, around this time, I start feeling a little sick to my stomach. We hang out for awhile in the play room until I start feeling better. Soon Kris comes and gets us in time to take communion, my pants are fully dry, and Joss seems to be in better spirits. We eat some blood and body, Joss gets blessed, and we head back to Kris’s parents to get our gift giving on!

First, we eat some food. Most of you should already be aware that food is to me like Kryptonite is to Superman. Rhonda (Kris’s mom) made oyster soup after I said I enjoyed it last year. At this point most people would have an alarm that would have gone off in their head. “Hey, this is your brain. Don’t forget that you were queasy just a little while ago. Maybe you should lay off the sea food?” Yet, no little man is saying this in my head. I eat a huge bowl; and follow it up with some summer sausage, cheese, and little smokies in BBQ sauce.

We move into the living room and the fun begins. Everything is perfect and the gifts are all great. I’m hanging out and I start getting the queasy feeling again, but this time it’s a little more acute with some added pain. I tell Kris that I don’t feel all that great, but after getting an leather bound copy of Joyce’s Ulysses I am once again on top of the world.

Joss soon starts winding down and we thank her parents, pack up the van, and drive the 1.5 miles home. Joss is fussy and has some trouble getting ready for bed. I don’t think much about this. She has eaten a ton of sugar and crap, is up well after her normal bedtime, and is high on a bunch of new toys. We finally get her settled in bed and the wife and I sit down and watch the pilot episode of “My So-Called Life”. Kris got this for Christmas and the pilot was one of the best written pieces of television I have ever seen. We started watching the first episode after the pilot but I once again start to feel sick. I decide to go to bed while Kris stayed up and watched the first episode.

We had big plans to celebrate Christmas with my family bright and early Christmas morning. This was just not to be. Joss woke up twice before 2:00 am – a time I'll forever be afraid of for the rest of my life. Both times she wanted absolutely nothing to do with Kris. The only way she would stop crying is if I would rock her in the living room with her cup and her blanket. After the second time, I just slept in the chair, not bothering to go back to bed. When she started screaming sometime around 2:00 am, I figured it would be more of the same. I stumbled drowsily down the hallway and turned the handle. The door was only cracked open an inch when the stench punched me in the nose. I pushed the door open the rest of the way and almost passed out with the odor. I could see Joss silhouetted from the light coming in from her bedroom window. She was standing in her crib, with both hands on the railing. I turned on the overhead light and stood witness to the full horror of the scene.

Joss looked at me with red, swollen and tear filled eyes, her mouth gaping open in her hysteria. The whole left side of her body was covered in it. I have to say that I’m proud of myself on how well I handled the situation. I approached it almost like a battle. The crib, blankets and teddy bear were already lost. Each of them soaked in the curdled milk and bile cocktail the poor girl puked all over everything, including herself. I lifted her out of her crib and peeled off her soaked clothing. At some point I shouted into the baby monitor asking for help. Kris started to run water for her bath while I wiped the poor child down with some baby wipes. In essence I “de-chunked” the kid before she went into the bath.

I gathered all the linens and vomit soaked teddy bears and ran them to the washer (extra hot water and double soap). I tried to wipe down the crib as best as I could, but then my stomach got upset in earnest. Apparently whatever was affecting Joss’s top half, was also affecting my bottom half. In to the bathroom I went. 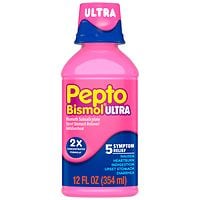 Joss got out of the bath around the same time that I got off the toilet. We dried off and tried to comfort her as best as we could between 2:30 am until 5ish. For some reason she still wasn’t all about Kris, so I would rock her until I would have the sudden need to visit the water closet. At first Joss would cry until I came back, but at some point Kris was finally able to rock Joss asleep - around 5:30 am (I think). Kris got Joss situated in her freshly cleaned crib and then went to bed. However, my 2 doses of Maximum Strength pink stuff did nothing to stem the incoming intestinal tide. I never got back to sleep this night.

Joss woke up again shortly after 7:00 and Kris came out to help. I was able to rock her with a cup (water, not milk) and her blanket until she calmed down. At 7:30 am Kris handed me the phone and made me make the call. I started with my brother’s house and ended with my parents. Those were hard phone calls to make, I had to cancel Christmas.

As it turns out Joss started to feel better sometime between 11:30 and 12:30. This was good news; Kris was able to take Joss to Dewitt to be with her family. However, I was still stuck at home needing to take yet another dose of the chalky pink potion of anti-poop. I decided that I really wanted to watch the movie Finding Forester but just ended up sleeping through it, twice. I woke up on the couch feeling much better and was happily locked up tighter than a drum.

The next day everyone felt much better – great in fact. The 3 of us were able to journey to Red Oak to celebrate Christmas with Kris’s Father’s parents. I stayed away from the oyster soup and opted for Grammy’s mild chili instead. The stay there was uneventful and on our way home we called my family to see if they could possibly do Christmas that night. They all bent their busy lives and schedules to make it work and Kris made an excellent non-traditional dinner of Baked Manicotti and my clan was able to celebrate Christmas a day late.

I expressed my sole concern to my wife on the way home while our exhausted daughter snoozed in her car seat. What if this triple dose of colon clog wears off while I’m at work tomorrow? However, one last gift was granted to me that night. Shortly before bed and after playing my new Zelda game I got that familiar feeling deep in my lower plumbing – I was once again digestively regular. So I guess that all is well that ends well.
Posted by ComicFanatic - Mick at 12/27/2007 01:22:00 PM 2 comments:

ComicFanatic - Mick
Big O, Nebraska, United States
"A big man has no time really to do anything but just sit and be big." ~Source Unknown

"That man is good who does good to others; if he suffers on account of the good he does, he is very good; if he suffers at the hands of those to whom he has done good, then his goodness is so great that it could be enhanced only by greater sufferings; and if he should die at their hands, his virtue can go no further: it is heroic, it is perfect."
~Jean De La BruyFre